Today I'm doing another #TBT post and throwing it back to our trip to Costa Rica.  My mom so graciously planned this amazing trip for us back a the beginning of July.

Justin & I packed ourselves up very carefully and ordered a car to take us to the airport. We always use American Coach Limousine (888-709-LIMO) because we find it to be cheaper, more reliable, and a little more luxurious than a cab.

Things were going great until we found out that our flight out of O'Hare was significantly delayed, causing us to miss our connection in Florida.  We realized this right when we checked in, so after fighting with the front-desk lady for about an hour, they agreed to put us up in a hotel in Hollywood Florida for the night so we could catch a morning flight out to Costa Rica.

We drowned our sorrows in a couple of Goose Island beers waiting for our flight to Florida. 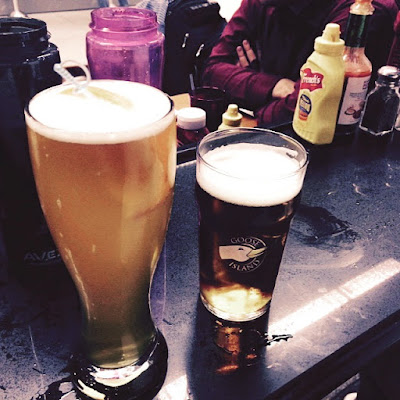 I believe the hotel we stayed at in Florida was a Holiday Inn, and we were shocked at how nice it was.  I even took a picture of the view from our room! :) 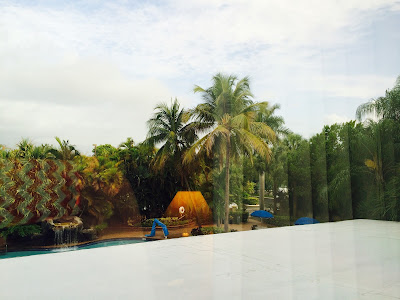 We got a few hours of sleep, a shower, a quick breakfast, and we were off to Costa Rica.

Once we finally got to Costa Rica, we found my mom and brother who had been patiently waiting our very LATE arrival with our driver for the week, Emilio.  Emilio had a big van and he was going to take us up the tretcherous, winding roads to Monteverde.

But first, we stopped for an authentic lunch at a roadside restaurant. 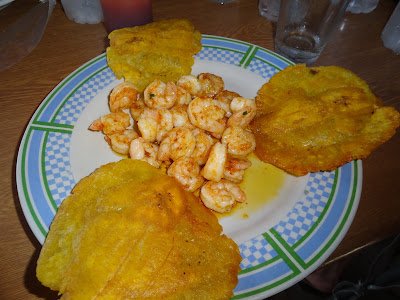 I think those were fried plantains and some garlic shrimp. It was very good, but probably not the best choice for the ride we were about to embark on.

I'll just say that if you go to Costa Rica, you absolutely must go up to Monteverde. However, do NOT attempt to rent a car and make this drive yourself.  We are talking unpaved roads twirling around the sides of a mountain.

The view from the top was incredible.

We pulled off the side of the road to catch this picture - we were literally ABOVE the rainbow. 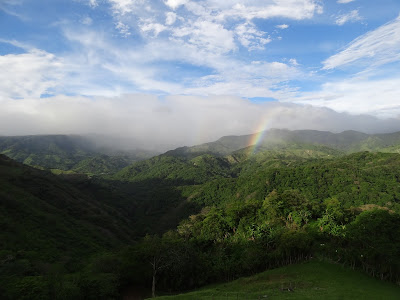 We stayed in Santa Elena at Poco-a-Poco Resort (little-by-little, because it described how you came up the mountain to get there!).

The views from the resort were incredible, and the rooms were so fluffy and relaxing.

Really, I could just go there and take a week-long nap with the windows open.

Some pictures from the resort: 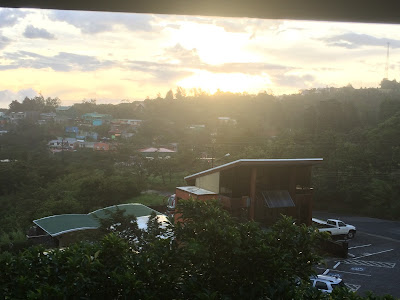 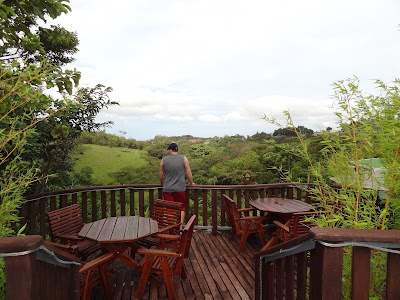 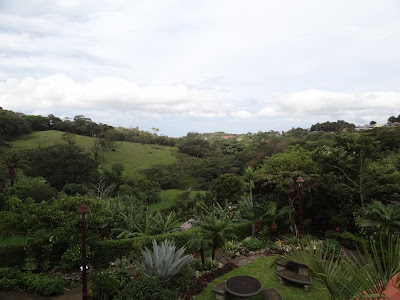 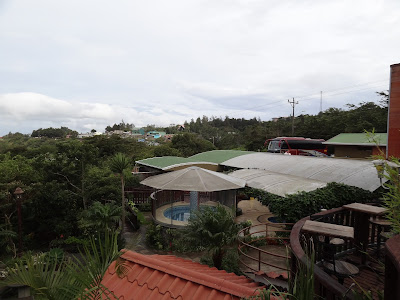 Just look at the view from our shower... 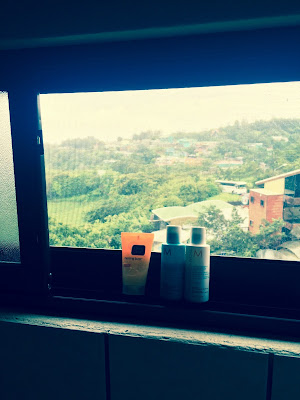 So, I will tell you that even though this was July and throughout the rest of the trip I was dying of the heat, I did NOT pack correctly for Monteverde.  It was chilly, and a lot of the time it was either lightly raining or a torrential downpour.

A jeans jacket over a maxi dress and Old Navy flip flops were not the greatest dinner attire up there.

Our first night we walked in a downpour to an Italian restaurant - Mar y Luna.

We had an appetizer of chips and 4 dips (umm...amazing!). 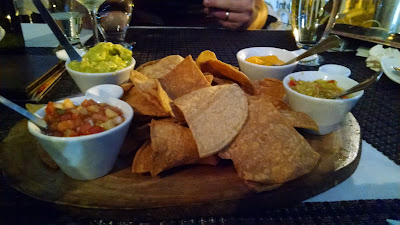 I got a salad with a ton of hearts of palm...obsessed. 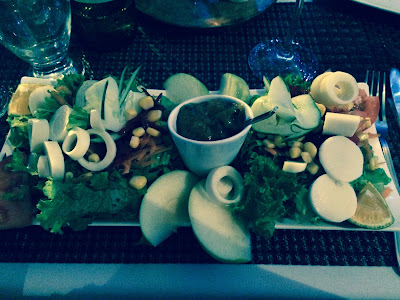 The boys got steak, and their plates came decorated. Soooo festive! :) 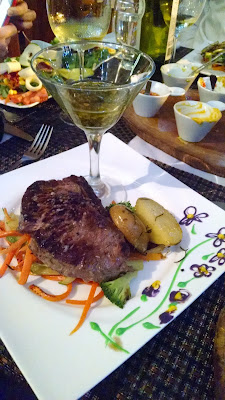 The next morning we were up bright-and-early (trust me, very early) to have breakfast at the resort and then catch a bus to go zip lining through the cloud forest. 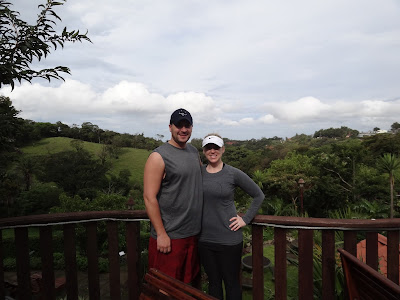 Now, what you need to know is that the only other time I have ever been zip lining was at summer camp in Michigan. It was over a little lake. What I was about to do in Monteverde would be VERY different from that.

We decided to go up to the Salvatura Zip Line, which was another steep trip up higher on the mountain above the clouds.  Once we got up there, we were strapped into these wet harnesses and asked to sign a waiver that I don't even want to talk about.  Then, we were sent on our way with our 18-year-old native guides.

I wish I could use emojis on here because the scared face would be on repeat. The amount of trust in complete strangers that was involved in this process cannot be over-stated.

We were hooked up from tree to tree (about 14 total lines) and thrown out at times over 1000 meters over the trees. 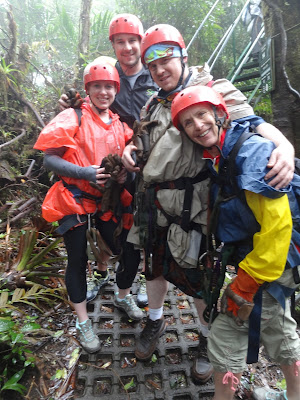 I was the only one of our group that did the Tarzan swing, which is basically a straight down dive from a tower on a bungie, then a swing to some trees across the way.

I'm sure my family has never heard me scream like that before! :)

The Superman zip line was the hardest part for me. The spot I am at in the picture below...I stayed there for about 20 minutes paralyzed in fear and not sure if I could make it the rest of the way. 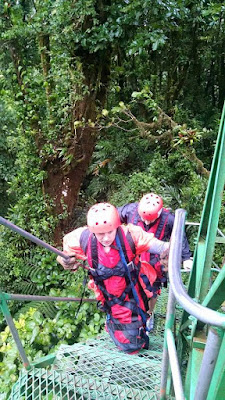 The Superman zip line was going to be the longest one we did and it was very, very high.

What freaked me out is that they hook you up from your BACK, then you literally lie down and spread your arms out like "Superman."

On the other lines, you were hooked up from the front of your body and your hands were up on the lines.  So, logically, I told myself if my caribeener failed, I could just hang on with my hands...right?!?!

Well, with the Superman, if your caribeener fails, you're falling body first with no chance to grab on.

The good news is that I overcame my fear, conquered the Superman, and it was so incredible. I may have been praying out loud the entire time, but I did it!!

After the zip-lining was done, we walked through the forest on the suspension bridges. 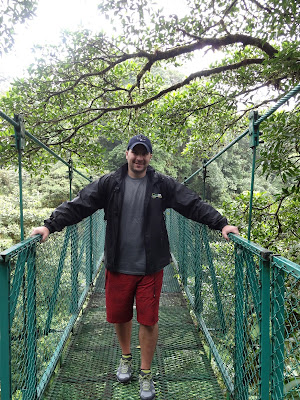 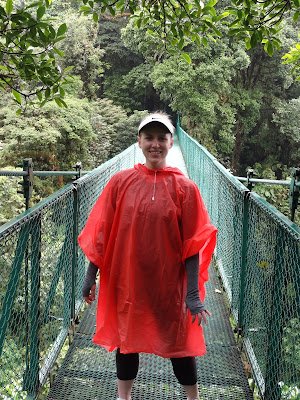 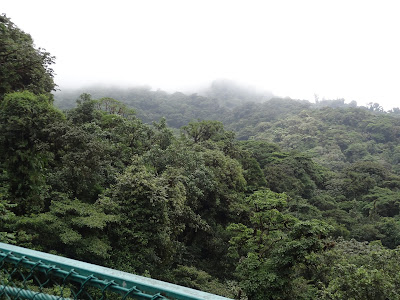 Before heading back into town, Justin and I grabbed a beer at the bar and some chicken tortilla soup (we were COLD and very wet!). 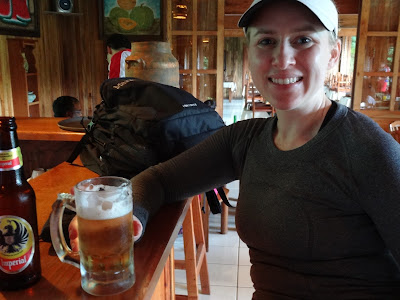 By the way...a good backpack on this trip was an absolute must. I bought a Marmot backpack from Dick's Sporting Goods before the trip and I think it was the most-used item. Everyone handed off there stuff to me for the backpack.

When we came back to the resort, I had a glorious massage at their spa.  I was the only one in there, and the lady let me lay for about 30 minutes afterwards on the table with the door open to the mountain air.  It was AH-mazing.

I spent some time out by the pool and hot tub before showering up for our night out. 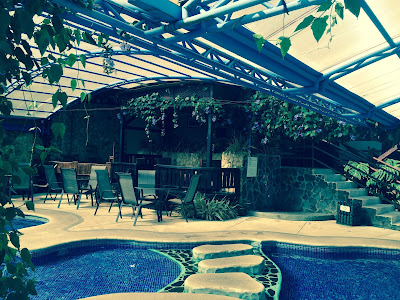 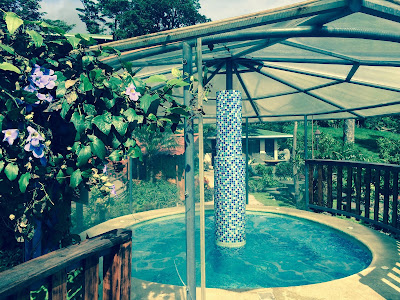 That night, we headed out for happy hour at the Treehouse restaurant. 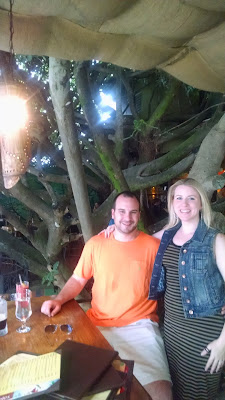 After happy hour, our dinner was at Morphos.  It was my favorite dinner in the Santa Elena area, but somehow I didn't take any pictures!!

We sent my mom and brother back to the resort, and Justin and I went on to a sports bar (Referees) where we hung out with the locals for a while and learned some more about football (aka soccer).

The next morning, we headed out for a guided tour of the cloud forest. 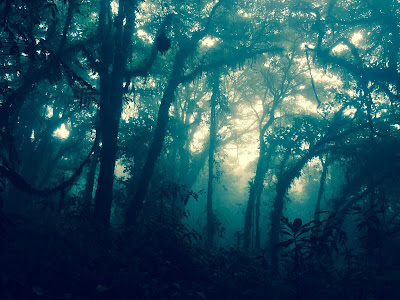 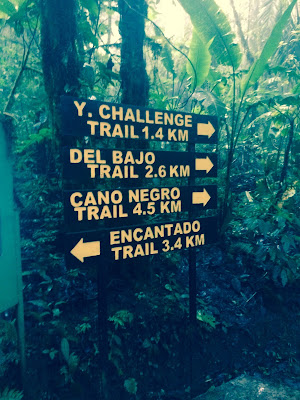 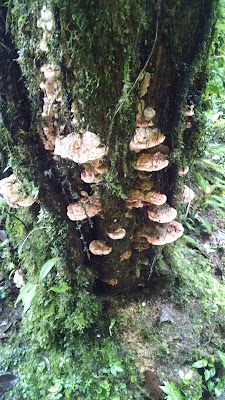 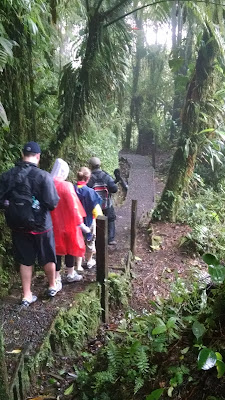 We saw some wildlife, I wore my ridiculous poncho again (should have brought a rain jacket!!), and got eaten alive by a swarm of ants. Good times! :)

After the walk, we ended up going to Taco Taco for lunch, which was great for being super hungry. 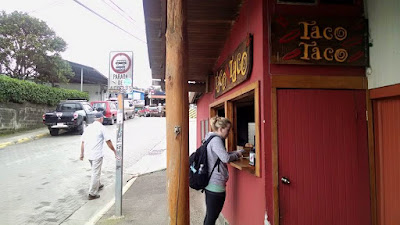 We then went over to have some drinks and catch some WiFi at Orchid Cafe, which would also be a great spot for breakfast or lunch.

I adore mango anything, so I had to get a mango smoothie... 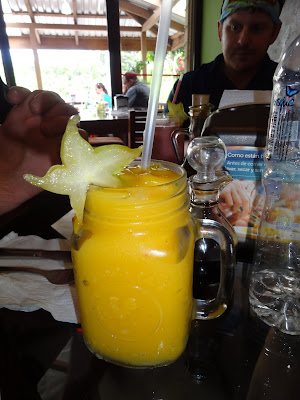 After lunch, we shopped around a little and then headed back to the hotel to relax before Emilio was back to pick us up and take us down south to our next destination...Quepos and Manuel Antonio.

I think that is enough recapping for today.  I'll post the second half of our trip in the next #TBT post.

Have a great Thursday, everyone!

Posted by Jessica Miller at 8:02 AM 0 comments